Erode is one of the most important cities of Tamil Nadu and it is the administrative headquarters of the Erode district. The city is located on the banks of River Kaveri and known for its power loom and hand loom products. Due to the abundance of the textile business, Erode is also known as the ‘Loom City” or “Textile City” of India. It is one of the most important business centers of South India. There are a number of government educational institutions present in Erode. 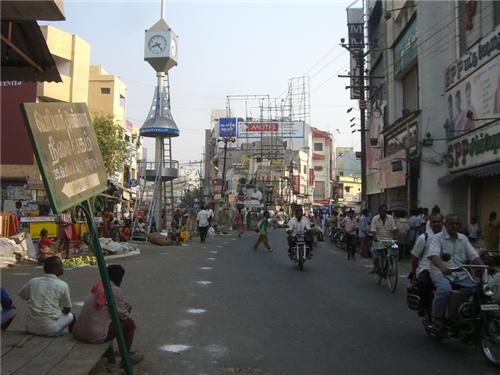 Erode was a part of the Coimbatore District and was separated in the year 1979. The city is well connected by roads and several state highways like SH-15, SH-37, SH-84 and SH-84A are some of the important highways that pass through the city. The nearest airport is Coimbatore Airport which flies both domestic and international flights.

Literacy and Culture of Erode:

Erode is one of the most literate places in India and the average literacy rate of the city is 84.99%. People of Erode are mostly Hindus, but there are quite a large number of Muslim and Christian population present in the city. In most parts of the city Tamil is the main spoken language. The use of English is also very popular. Throughout Erode, English is the preferred medium of instruction in different offices and educational institutions.

The weather of Erode is mostly dry and hot, and April to June is the hottest period of the year. Like many South Indian cities, Erode also experiences two monsoons, the South-West monsoon from June to August and the North-East monsoon, from October to December.

Business and Economy of Erode

Economy of Erode is dominated by textile industry, oil industry and the turmeric industry and there are two large industrial estates in the city. Karur, Dharapuram and Chennimalai are the main hubs of Textile industry of Erode. Carpet manufacturing industry and leather processing are other highlights of the economy of Erode. Coconut oil and turmeric production, printing presses are some other important industries of Erode. Erode is a very important business center of South India and that is why many people come to erode for business purposes. People of Erode are mostly vegetarian and they prefer the conventional South Indian dishes. But still there are a number of non-vegetarian restaurants in the city. ‘Kuppanna’ is famous for its biriyani and it has a number of outlets in the city. For vegetarian meals, one can try Trichy Café. In general, the price of food in Erode is cheaper than any other part of Tamil Nadu.

Erode is known from its temples, like Thindal Murugan temple, Periya Mariamman temple and Natadreeswarar temple. Other two very famous tourist attractions of Erode are the Vellode Bird Sanctuary and Sankagiri Fort. Gobichetti palayam, a spot near Erode is very popular for cinema shooting. While in Erode, one should buy different kinds of textile products, like bed sheets, suiting and shirting, and the very famous carpets of Erode. As it is one of the most important turmeric manufacturing centers of India, turmeric can also be bought from Erode.