A beautiful travel destination near Erode is Kodumudi. This is an astounding location about 40km from Erode. Surrounded by amazing towns like Namakkal, Dharapuram, Thiruppur and Thirychengode, Kodumudi is a must-visit travel spot. The Brahma Vishnu Shiva Temple in Kodumudi is a very famous landmark in the town. 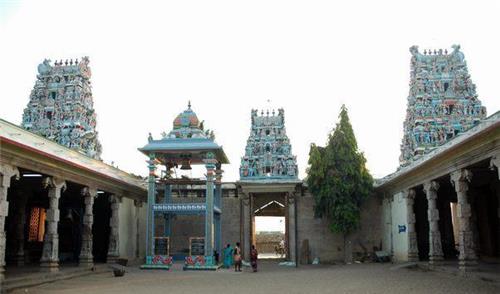 As suggested by its name, three major deities in the Temple are Shiva, Brahma and Vishnu. The temple showcases Lord Shiva with the names Paandi Kodumudi Nathar, Magudeswar and Malai Kozhudheswar. The Swayambu lingam in the temple has his goddesses Vadivudainayagi, Soundhravali and Soudambikkai. There is a statue of Goddess Thirumanngai Nachiyar in the temple. Next to this statue is a statue of Lord Manavishnu. There is a very old Vanni Tree, which is still growing in the Temple. This tree is around 3000 years old. The tree is treated as Lord Brahma of the Temple. Three different Theerthams are offered in the Temple. This includes the Brahma Theertham, Bhardhwaja Theertham and Deva Theertham.

Brahma Vishnu Shiva Temple is one of the very few shrines in the country with the three different deities. The shrine is of legendary and historical significance. It is renowned for its amazing festivals and beliefs. During the last week of Avani and the very first week of Pannguni, the sunlight falls on the the apex of the temple's Rajagopuram. The light falls directly on the statue of Lord Magudeshwar. This is one of the 275 Siva temples in the country, where thevara hymns are sung. 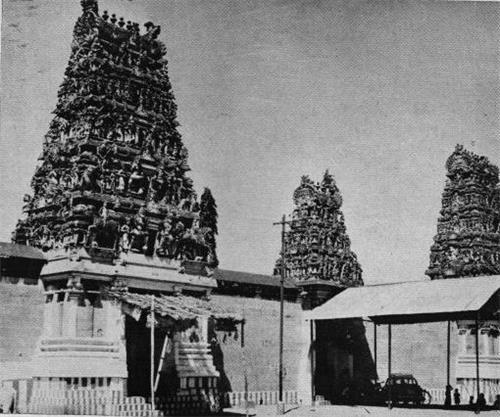 Legendary scriptures state that the temple was formed as a part of the battle between Vayu and Adhi Sesha. As the battle proceeded, pieces of the divine Meru Kailash fell in five different places. AS a result, there are five precious stones to represent the small pieces from the war - Emerald is preserved in Thiruengoimalai, Red is in Thiruvanamallai, Diamond is in Kodumudi, Blue Diamond is in Kuttralam and Manickam is in Rathnagiri. Four of these stones are worshipped in the form of hills, while Kodumudi is a lingam that is 482 ft above sea level. 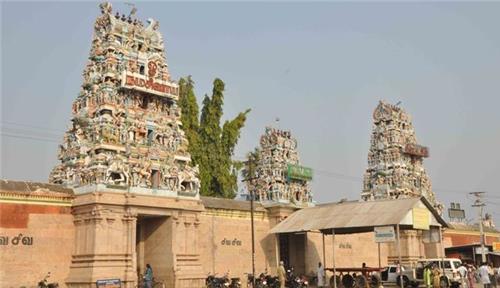 Lord Shiva's statue is located on the western borders of River Cauvery. The temple that faces the Eastern side is around 640 ft tall and 480 ft wide. The temple features 3 exquisite entrances. Each entrance is for Lord Brahma, Lord Shiva and Lord Vishnu. The temple was patronised by Pandiya Kings. This was when the temple's shivashtalam was called Tirupandi Kodumudi. Various kings have donated treasures to the temple. This includes famous kings like Pandiya Kesarivaraman, Maravarman Sundarpandian and Malaya thuja Pandian. Some of them donated jewellery, while few others donated land. There are nine shrines in the temple including the Brahma Shrine, Shiva Shrine, Kala Bairavar Shrine, Ambal Shrine, Saneeswar Shrine, Thayaer Shrine, Anjaneyar Shrine and Perumal Shrine.