Business and Economy of Erode

Erode acquires an important position in the Industrial map of Tamil Nadu as well as of India. 40.32% of the population of Erode is dependent on the non-agricultural sector. Hence, the statistics suggest that both industries and trade occupy an important position in the economy of the city as well as the district of Erode. In the early days, industries like handloom weaving, carpet manufacturing, oil pressing, brass vessel manufacturing, cart manufacturing etc were very popular and lucrative. In the early days, all these industries were flourished, but in modern times some of these well established industries have been obsolete. In some places of Erode, still there are carrying cart manufacturing industries, while the carpet manufacturing industry of Bhavani has been completely lost. Apart from Erode, Bhavani and Gobichettipalayam are three important centers of oil-pressing. 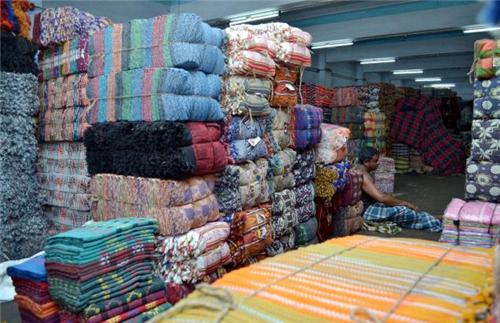 The handloom industry is quite famous in Erode. Apart from Erode city, Jambai and Bhavani, two adjacent places of Erode are famous for the handloom products. The handloom industry of Erode, and the thriving cotton textile mills in Coimbatore have encouraged the growth of a number of ancillary industries in Erode. Erode is an important place where cloths are brought for dyeing purposes. Cotton fabric printing is also popular in Erode.

Erode is famous for its rice mills. In South India, Erode, along with Bhavani and Perundurai, all in the Erode district are notable for the numerous rice mills. These mills have their businesses throughout the West Coast of India as well as in several important trading centers of North India. Kerala is an important delivery point of textile products in South India. There are a number of tanneries present in Erode, and leather processing unit of Erode is only second to Ambur in Tamil Nadu. The processed leather and leather products are mostly exported to different foreign countries.

Erode is home to some of the largest paper companies of India, like TNPL and Seshasayee. A number of sugarcane processing industries are present in Erode. The sugarcane juice is used for making sugar and the remains are directly used for paper manufacturing.

The Government has come forward to help small and medium entrepreneurs and business ventures throughout the district. In Erode, there have been some industrial estates with modern facilities. Also, there are other places of business which provides proper facilities to the businessmen. Recently, several small business units have flourished in Erode, like the manufacturing the steel furniture, nuller screen, manufacturing of nuts and bolts and screws etc.

Erode is called “Turmeric City” as it is one of the biggest producers of turmeric in India. Erode is one of the largest coconut markets in India. Apart from these, there are dall mills, vanaspathy manufacturing units, silk screen printing factories, screen printing factories, cotton textiles etc seen in the city. In Erode there are a number of printing presses. Erode in one of the largest coconut oil producers in South India.