Erode has a rich history that dates back to the reign of Pandyas around 590 CE. Historians say that at that time the area was occupied by tribes and Kosars were the most important among these tribes. “Kosamputhur’ or the modern day Coimbatore was the capital of the Kosars and these tribes were defeated by the Rashtrakutas. Rashtrakutas were defeated by the Chola rulers and these Chola rulers ruled the city and the area till 13th century. After that the place came under the rule of the Second Pandyan Empire and contemporary Madurai was the capital of these Pandya kings. After the death of Kulasekara Pandian in 1308 CE, Erode came under the rule of the Delhi Sultanate and the Erode Sultanate was an independent part of these Delhi rulers. Gradually Erode was annexed by the Vijayanagar Empire in 1378 CE and was under the rule of the Vijayanagar rulers until 1559 CE. The Madurai Nayaks ruled Erode from 1559 Ce to 1736 CE when Erode was reportedly captured by Mysore rulers several times, and Hyder Ali became the king of the region. After Hyder, Tipu Sultan, his son became the ruler of Erode and in 1799 Tipu was defeated by the East India Company. From 1799, the Kongu region as it is locally known stayed under control of the British East India Company who had restored the power to the Maharaja of Mysore. Erode remained under direct British rule until the Indian independence in 1947. 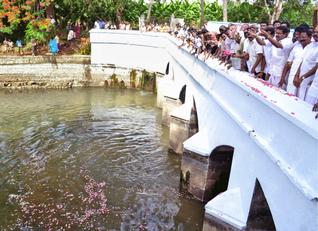 Explore more about History of Erode