* In case of any delay in receiving the OTP, you may verify it later. Please proceed without verification.

In Erode, the culture is predominantly Tamil culture and it is quite the same with any other part of Tamil Nadu. Though the majority are Hindus in Erode, also there are significant percentage of Christian and Muslim population in Erode. As Erode is one of the most important trading centers of South India, people from different parts of India frequent in Erode and their cultures have also impacted the culture of Erode city.

Religion and Popular Festivals in Erode 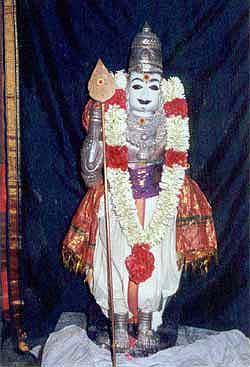 Like most of Tamil culture, Lord Sivan is the supreme deity of Erode and there are a number of temples in Erode city devoted to Lord Sivan as well as Lord Muruga, another important Hindu Lord of Tamil culture. Muruga is the most popular deity of Tamil Nadu and Erode. The worship of the “Mother Goddess” is very popular throughout the district of Erode and in Erode, there are some followers of Ayyavazhi. Like rest of Tamil Nadu, Pongal is the most important festival of Erode, which takes place in the middle of January and the Tamil New Year, locally known as “Varudapirappu”, on 14th April. “Dipavali” is also celebrated in Erode with rest of the country.

Art, Music and Dance in Erode 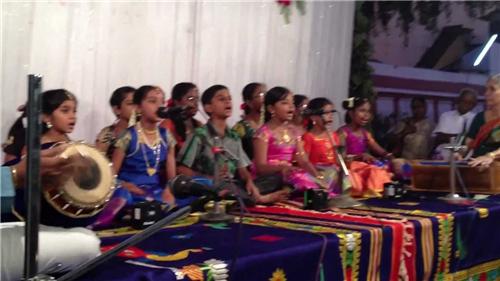 The richness of Tamil visual art is most visible in the stylized temple architectures in the different temples of Erode. Like most parts of Tamil Nadu, Erode is an abode of classical dance and music. The classical dance form named Bharatnatyam is practiced in most of the houses and there are a number of dance schools in Erode which teach the art form. Also, classical music is popular among the people of Erode. In erode, like rest of Tamil Nadu, Carnatic music is the most preferred form of music.

Language and Literature of Erode

In Erode city, people are mainly associated with different types of businesses, but there are a significant percentage of government employees living in the city. In recent times, due to the growth of some other multinational firms in the city, a significant part of the youth population (people between the age group of 25 to 35 years) are also trying to find employment in the private sector. Tamil is the main spoken language of Erode and a significant part of population, like the white collar employees regularly use English as their preferred language in professional places. Tamil literature and language is recognized as “classical” by the Indian Government. The modern day spoken Tamil uses a number of loan words from English and Sanskrit. Due to the presence of traders and businessmen from different parts of the country, languages like Hindi, Gujrati, Telegu etc are also used in Erode.

Traditional Tamil dress is the preferred choice of people in festivals, but most of the people now wear shirt and trousers in general. Women wear sarees, salwar suits and western outfits on the basis of the occasion. Food is an important part of any culture and Erode is a city where one can have different kinds of foods, apart from the traditional Tamil cuisine. Both vegetarian and non-vegetarian people reside in Erode and there are restaurants to please both the two types of foodies. Recently, several nationally acclaimed fast food restaurants have opened their branches in Erode and they have become popular instantly.