Erode lies in the extreme north of Tamil Nadu. Erode district is mostly bound by Karnataka and the Palar River. The location of Erode city is 11.21°N 77.44°E. The city of Erode has a hilly terrain and the topography is undulating. The city is surrounded by several hills like Athimalai, Chennaimalai and Urugumalai and rivers like Noyyal, Bhavani, Cauvery and Amaravathy run through the city. The total area covered by the Erode Municipality is 8.44 square km. 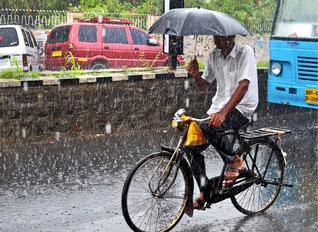 Erode has dry weather throughout the year, only except the monsoon season. January and February are two pleasant months as per the weather is concerned, but Mercury starts to rise from the month of March and the upward trend is continued till the end of May. In most of the years, the highest temperature of the year is recorded in the month of May.

But there are several bits of shower that falls in May to provide some relief from the heat. The June-August period experiences a slight improvement in the weather. This is the pre-monsoon period and Mercury reverses its rise a bit during this time.  Generally, in the month of September, the sky is overcast, but the rainfall is less. Through the period of October and November, Erode experiences heavy rainfall and the rains began to disappear in December, making the climate clear and pleasant.

The soils are mostly red sand and gravel. The soil of Erode has moderate amount of red-loam tracts, and in occasion black-loam tracts can also be seen there. The soil or Erode city and the vast stretches of the upland region are gravelly in most cases. The city, as well as the district does not have much mineral wealth apart from fine quality of Feldspar and Mica. 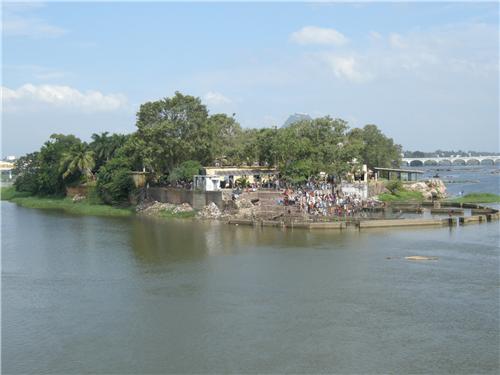 Kaveru, Bhavani and Noyyal are the three main rivers of Erode. Kauvery forms a boundary between the Bhavani taluk and the Tiruchengode taluk, of Namakkal.  The river is joined by Bhavani river and continues its flow in the Erode taluk. Both Noyyal and Bhavani are mostly fed by the South-West monsoon, but sometimes they flood because of the North-East monsoon. Noyyal River is famous for the capricious nature.

Other significant rivers of Erode are Amaravathym Palar and Vatamalaikarai. The Bhavanisagar Canal along with the rivers provides the drainage water and water for irrigation throughout Erode.