Erode is considered as the sixth largest city of Tamil Nadu and is profoundly called as “Manjal Maanagaram” or “Javuli Nagaram” due to the predominance of turmeric and textile businesses in the country. Apart from these two, Erode is famous for the numerous temples situated in and around the city. The tourism of Erode mainly revolves around the temples, among which the Bhavani Sangameshwarar Temple or Mukkoodal Temple is the most famous. This temple is a merging point of two very important rivers to South India, the Cauvery and the Bhavani, along with the invisible river Amudha. December to February is the best time to visit Erode.

The Bhavani Sangameshwarar Temple: The Bhavani temple is the most popular temple among all the temples in Erode and it is situated at the confluence of three rivers, the Cauvery, the Bhabani and the Amudha. This confluence is similar to the famous “Triveni Sangam’ of North India. The distance of the temple from Erode is only 16 kilometers. Many pilgrims from Tamil Nadu and other parts of India come to visit the temple regularly. The Sangameshwar Temple was built by the Kongu Kings more than 1000 years ago and it is popularly known as ‘Kooduthurai’ in Tamil Nadu. 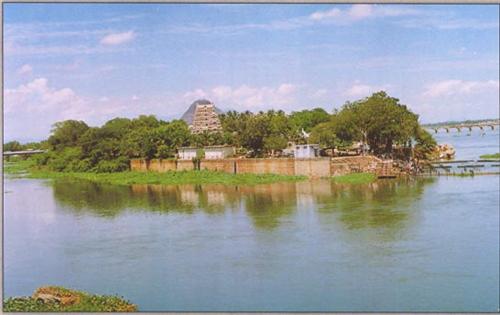 Kodumudi:  Kodumudi is one of the most popular pilgrimages in the Kongu region as well as in Tamil Nadu. The place is famous for the “Magudeswarar Temple”. Located in the bank of Cauvery, the temple has the three great Hindu Gods, Shiva, Brahma and Vishnu is one campus.

Bannari Temple: The Bannari Mariamman temple is one of the most important Sakthi temples of South India. It is famous for its “Kundam” or firewalk festival, which is organziaed in the months of April and May every year. The temple is located at the bottom of the Western Ghats and is popular for its scenic beauty also. 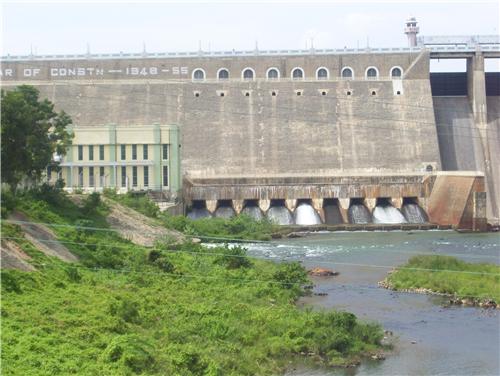 Apart from the wide number of temples, there are two important dams situated near Erode. These dams are also very popular as tourist spots and picnic spots. The Bhavanisagar Dam is built across the Bhavani River. It is located near the town of Sathy. The Kodivery dam is located near the town Gobhichettipalayam and the distance between the dam and Erode city is around 55 kilometer.

Government Museum, Erode: The government museum of Erode is one of the most important tourist attractions of the city. It was inaugurated in the year 1987 and there are many important exhibits in the museum which projects the culture and life-style of the South India people. There is an inscription of Kongu Chola, among other pre-historical items. Tajour paintings, different manuscripts, coins and seals from different historical periods, geological objects, important zoological and botanical specimens are some of the other important exhibits in the museum. The museum is famous for the palm-leaf manuscript collection.

There are different categories of hotels in Erode, suited for every person in Erode. One can choose the hotel according to the budget. However, all hotels in Erode have the best facilities within its range. The West Inn Hotel, Hotel Oasis Grand, Hotel Sivaranjani, Hotel LE Jardin are some of the important hotels in the city of Erode.


How to reach Erode

The nearest airport is Peelamedu Airport, Coimbatore, which is 90 km away from the city of Erode. The Civil Airport is 122 km away from Erode. Erode is a railway junction and has connectivity to different parts of India. There are regular bus services to Chennai,  Pondicherry, Bangalore, Pune among other places.