People living in Erode city has a number of preferred destinations for a small weekend tour, and places like Kolli Hills and Kotagiri do feature in the top of the list. Kolli Hills is in a distance of 110 km from Erode city while Kotagiri is located 128 km away from the city of Erode. 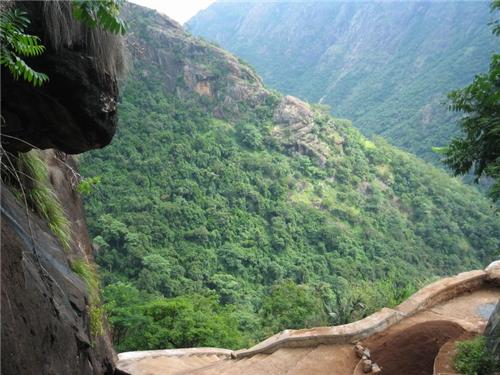 The Arapaleeswarar Temple in the Kolli Hills is a famous pilgrimage and there is a folklore which says that this temple has a secret pathway to the Shiva Temple is Rasipuram. Kolli Hills had derived its name from the Goddess Ettukai Amman or Kolli Paavai. There is a general idea that the Kolli Hills and its surroundings have been protected by the Goddess for infinite time and her divine protection is still continued.

Throughout the year, huge number of trekking enthusiasts visits Kolli Hills. Also the Agaya Gangai is a famous water fall in the hills that attract the tourists for scenic beauty. The “Ori Festival” is the most popular festival in the place and it comprises of a number of cultural events. 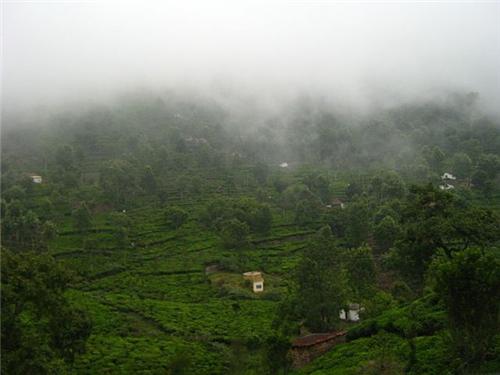 “Kotagiri” means the “Mountain of the Kotas” and the Kotas are a tribe of artisans who have been living in the hills for thousands of years. They are reluctant to mingle with the outsiders and their numbers have been steadily dwindling for the past three decades. The written history of Kotagiri dates back to the British Empire, though the hill station is much older than that.

Kotagiri is in the Nilgiri districts which is favored by the people of Erode as a popular weekend destination (distance- 128 km). It is often compared with Ooty and Coonoor, though it is small in size, yet the scenic beauty of Kotagiri is nothing short of awesome. Ralph Thomas Hotchkin Griffith, the son of a Christian missionary, translated the Vedas into English from Kotagiri.

The elevation of Kotagiri is about 1793 meters above the sea level and it is famous for trekking in this parts. There are a number of trekking trails in Kotagiri, and a trek through these parts will give a chance to see nature in its full beauty. The St. Catherine Falls Trail, Kotagiri- Kodanad Trail and Kotagiri- Longwood Shola trail are some of the very popular trekking trails in the Kotagiri Hills. Apart from these trails, there are a number of smaller trekking trails in Kotagiri, and every trail has its unique beauty, where the trekker can get a candid view of the heart and soul of the Nilgiri Hills.

Kodaikanal is one of the most beautiful hill stations in south India and it is situated in the Palani Hills of the Western Ghats. It is often called as the “princess of hill stations” due to the breath-taking scenic beauty and popularity. The Kodaikanal plateau is situated above a height of 213 m above the sea level. In Tamil, the word “Kodaikanal” means ‘the gift of the forest’ and it is one of the most preferred destinations of honeymoon couples. Situated amidst dense forests, the place is an enchanting beauty with trees, rocks and waterfalls, it’s a destination that must not be missed. If lucky, one can have the view of the rare Kurinji flowers, which only blossoms once in every twelve years. 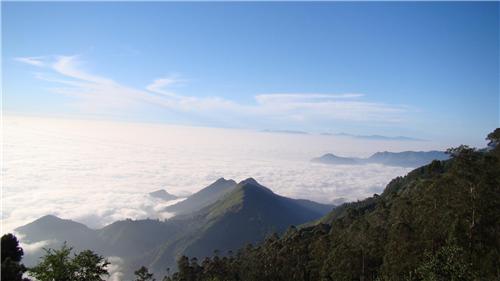 Kodaikanal lies between the vallies of Gundar and Parappar. In the North, there is a hill that is sloped down to the Vilpatti village and Pallangi village and to east; the hills have their slops down to the lower Palani Hills. On the south, there is the Cumbum Valley and in the West there is a plateau to Manjampatti Valley and Anamalai Hills. the Coaker’s Walk, Bear Shola Falls, Bryant’s Park, the Kodaikanal Lake, the Green Valley View, the Shembaganur Museum of Natural History, the Kodaikanal Science Observatory, the Pillar Rocks, the Guna caves, the Silver Cascade, the Dolphin’s Nose, the Kurinji Andavar Murugan temple and the Berijam Lake are some of the most important sites of the place. The weather of Kodaikanal stays beautiful all times of the year, but the best time to visit the place is between April to June and from September to October.

Kodaikanal is famous for fruits. Chocolate lovers will not get enough of the place as there are numerous stores which sells homemade chocolate. Kodaikanal also produces eucalyptus oil. Adventure activities like, boat riding, trekking, cycling etc can also be done in Kodaikanal.

Ooty or Ootacamund is another picturesque town in the Niligiri Hills and due to the natural beauty, thousands of tourists flock to Ooty every year. The Nilgiri Hills surround the town and here these hills are called the ‘Blue Mountains’. There is a belief that the name ‘Blue Mountains’ has derived from the ‘Kurunji flowers’ that bloom once in twelve years and they give a bluish tinge to the hills during the time they bloom. The old world charm of Ooty is simply irresistible. 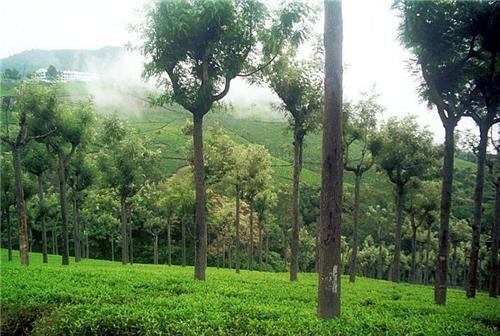 Ooty Lake, Botanical garden, Kalhatti Falls, Dodabetta Peak are some of the important tourist spots of Ooty. Apart from these, tourists flock to Avalanche, which is a scenic place, Glenmorgan, a cute and quaint village and Mukurthi National Park, all near Ooty. The winters in Ooty is a little colder than usual temperature of South India, otherwise, throughout the year, the weather is pleasant. Still now, the influence of British architecture can be seen throughout the town, and many foreign tourists have said that the hill station reminds them of a quaint English countryside. The British rulers had named Ooty as “The Queen of Hill Stations” and it was a very popular summer retreat for them. Many tea and coffee plantations are seen in and around Ooty, several of them had been started by the British administrators. The local cuisines are also derived from English dishes and as a result in Ooty the tourists can get the best foods which is an amalgamation of both English cultures and Indian processes.