Erode was a part of Coimbatore and the history of Erode is thus very closely linked with the history of Coimbatore. The total area of Erode and Coimbatore formed the ancient “Kongu” country which was also known as the “Kongu Nadu”. The history of Kongu Nadu goes back to the Sangam Era. In the early days, the regions were occupied by tribes like “Kosars”, whom the Rashtrakuta rulers defeated to set foot in the region.  The capital of the Kosars was ‘Kosamputhur’ or the modern day ‘Coimbatore’.  Chola rulers defeated the Rashtrakutas to set foot in Kongu and during the time of Raja Chola, it reached the height of supremacy. Later this area was controlled by Chalukya, Pandyas and Hoysalas. Kulasekara Pandian was the last independent Pandya ruler and then Erode came under the rule of the Muslim rulers of Delhi. But, only after a few days, the Vijayanagar Kingdom gained the control of Erode in 1378 CE. The Madurai Nayaks ruled Erode from 1559 to 1736. The Mysore Rulers like Hyder Ali and Tipu Sultan also ruled Erode.

During the time of Hydar Ali, Erode had an estimated population of 1500 and there were 300 houses in the town. The town also had a mud fort which stationed a garrison of 4000 soldiers. The fort was surrounded by coconut grooves and River Kauvery. Due to the attacks by the Marathas, Mysore Army and finally the British East India Company, the fort was almost ruined. 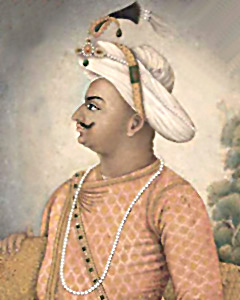 Erode Under the British

After the fall of Tipu Sultan in 1799, the Kongu Region came under the direct control of the East India Company, and it restored the power of the Maharaja of Mysore to rule the region, but kept direct control. Within a year of the British control, peace was restored and people came back to Erode. The town grew in size and population. The garrison ultimately withdrew in the year 1807 and the ruined fort was also leveled by the British in the year 1877, during the relief works for the famine in the same year. Until the independence of India in 1947, Erode was under the direct rule of the British rulers. Erode city was widely known for its handloom products, but after the British rule, the traders were introduced to power loom and only after India’ independence, the dominance of power looms increased in the city. Both the East India Company and the British rulers considered Erode as an important trading center of South India.

The root of the name ‘Erode’ comes from the word ‘Eru Odai’ or two rivers in Tamil language. There are two water courses in the town, like the Perumpalayam Canal and the Kalingarayan Canal. As per the legends, the town has got its name from the words “Eera Odu” or “well skulls”, based on the mythical story of Dakshaprajapati and Lord Shiva.

Erode district was bifurcated from the Coimbatore district in the year 1979. In 1871, Erode town was constituted as a municipality and after it got separated from Coimbatore it was promoted to special grade in 1980. The separate corporation of Erode began its function from 1st January, 2008.