Erode; the turmeric city of the southern state of Tamil Nadu is located on the banks of Cauvery River. Owing to its rich historic background, Erode is dotted with several historic temples that receive hundreds of thousands of visitors from all over the world, throughout the year. Not just religious sites, Erode is the home of a lot of celebrated places of interest which include Brahma Vishnu Shiva Temple, Thindal Murugan Temple, Vellode Bird Sanctuary, Natadreeswarar Temple, Sankagiri Fort, Government Museum and so on. When talking about the must-visit places of interest in Erode, Sri Sangameshwarar Temple is an unmissable name as a trip to the textile city of Erode will be incomplete without visiting this historic temple. Let's get to know all about the notable Sri Sangameshwarar Temple in Erode. 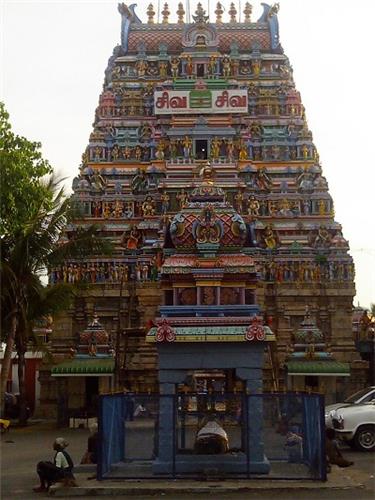 The third month on the Tamil Hindu calendar, Aadi (mid-July to mid-August) is always special to the Tamil speaking population living all over the world. Typically, Aadi month holds a special place for people who are involved in agribusiness as it is the time when farmers start seeding their new crops. Besides, Aadi is the time when fresh water reaches the Cauvery river and auspicious occasions and ceremonies (aadiperukku or pathinettamperu or simply aadi 18) are observed and celebrated across the state with fervor and gaiety. Just like the iconic Triveni Sangam at Allahabad, which is famous all over the world, Erode has its own version of Triveni Sangam as the illustrious Sri Sangameshwarar Temple was constructed at the confluence of Cauvery river, Bhavani river and Agaya gangai, which is an invisible underground water source. 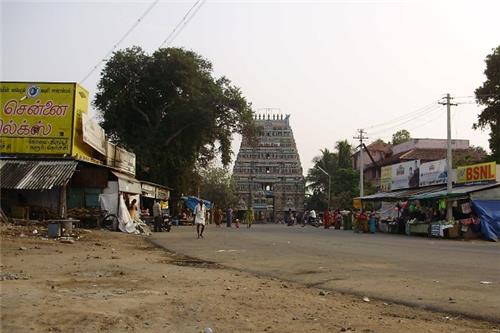 This confluence is widely revered as Bhavani Kooduthurai and devotees throng the place during Amavasya that come in the Tamil month of Aadi to pay homage to deceased ancestors. Even for pathinettam perukku, people gather at this confluence at large numbers for a holy dip, prayers and float a few things as offerings to the sacred waters. The Erode Sangameshwarar Temple is remarkable in many ways that the entire site is regarded as a lingam and the sacred nandi (the gatekeeper of Lord Shiva and Goddess Parvathi and the vahana of Lord Shiva) is found outside the temple complex under a seprate mandapam, obviously facing the temple. This is very unique as the sacred bull is usually found outside the sanctum sanctorum across the Lord Shiva temples. 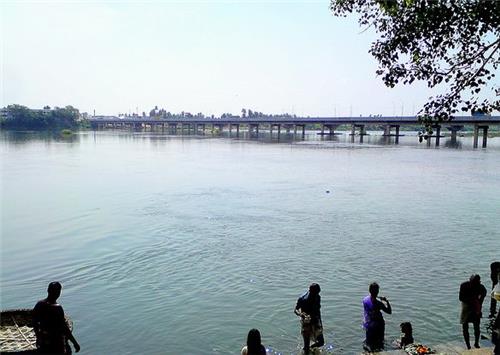 Gnanasambandar, the 7th century Saiva saint and Tamil poet refers this holy site as ‘Thirunana,’ which implies that those who visit the Erode Sri Sangameshwarar Temple will be blessed with a happy life. The far-famed site was also mentioned in Purananooru, Agananooru and Pathitrupathu. Furthermore, Tamil poet-saints Arunagirinathar and Gnanasambanda glorified this temple in their sacred verses. The Erode Sangameshwarar Temple ranks 3rd among the 7 specially named temples of Kongu Nadu - region consisting of the western part of the Tamil Nadu. The beautiful five-tierd rajagopuram (main temple tower) of the temple, which faces north, amazes the visitors, even from a long a distance! 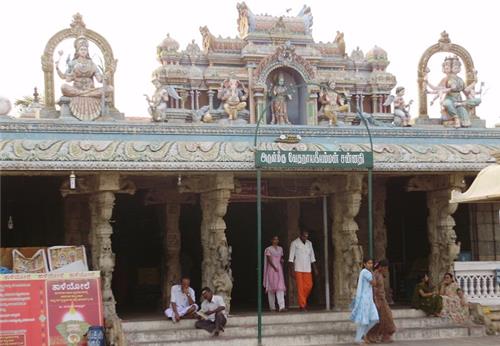 The idol of Kottai Anjaneyar (Lord Hanuman) and Kottai Vinayagar (Lord Ganesha) is found on the either side of the primary temple tower. Toward the rear, the idols of Muthukumaraswamy and Raja Vinayagar is found. As entering the temple complex, one can see the sthala puranam (history of the temple) written in Tamil, which help the devotees to understand the significance of visiting this temple. The temple is administrated and maintained by the Tamil Nadu Hindu Religious & Charitable Endowments department (TNHRCE). A massive hall for public events, resting places, a lovely riverside garden, bathing area, boat ride is some of the facilities and amenities available in and around the temple. 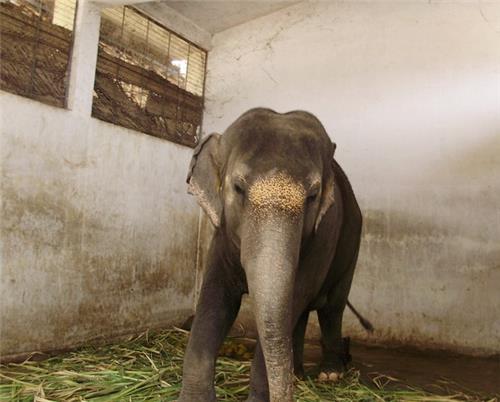 The Amirthalingeswarar sannadhi in this temple is notable that childless couples visit this shrine and offer prayers and perform abhishekam to the deity. The principal stem of the lingam that is found here is coupled with its base called the Avudai to make up the Amirthalingeswarar. The deity is often removed and given in the hands of the childless couples who visit the temple. They are asked to do pradakshinam (circumambulation) around the shrine for three times and rest it back on the avudai. Ilanthai maram (Jujube tree) is the sthala vriksham here. In fact, the fruit from the tree is offered to Lord Shiva as naivedyam and further it is offered to the devotees as prasadham. 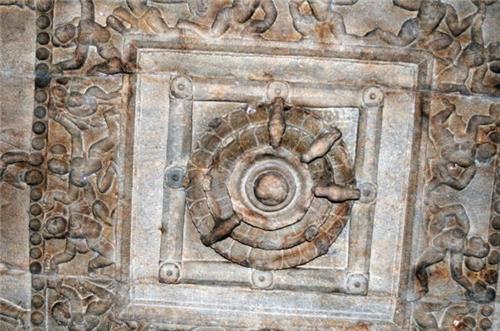 Going further brings the Sahasralingam sannadhi. Another unique shrine that the idol here is a one single lingam that comprises of one thousand small lingams. According to the sthala purana, the demon king of Lanka, Ravana revered the Sahasralingam in this temple. Devotees believe that performing abhishekam to the Sahasralingeswara will help them to get rid of rahu ketu dosham. Sri Adikesava Perumal (Lord Vishnu) sannadhi, Goddess Soundaravalli Thaayar sannadhi and the Yoga Narasimhar sannadhi are some of the most important shrines to visit in this temple, apart from the primary deity of Lord Shiva. It is important to mention that this is one of the few temples where Lord Shiva and Lord Vishnu sannadhis are found next to one another within the same temple complex! 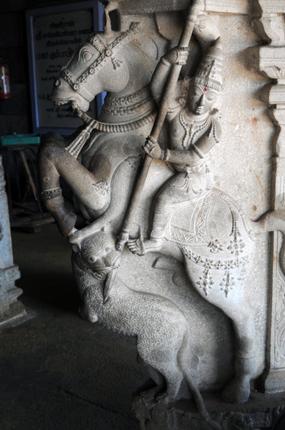 Arulmigu Sri Adikesava Perumal in this temple offers his blessings from a majestic standing posture. A substantial element at the Adhikesava Perumal sannadhi is the Ranga Mandapam celebrated for the sculptures on its twenty-four columns in Tharamangalam Kailasanathar temple style. On the right side of the Ranga Mandapam, devotees can find the Sri Venugopalan sannadhi who is seen with his consorts - Rukmini and Sathyabama. Adjacent to the perumal sannadhi is the famous shrine of Sri Yoga Narasimhar along with Goddess Lakshmi. Sri Yoga Narasimhar in this temple is revered as a shantha moorthy. The next shrine is the Goddess Soundaravalli Thaayar sannadhi. Right in front of the perumal and thayar sannadhi is a mandapam which is nothing short of a treat for history buffs. Various deities and intricate sculptures of Lord Rama, Lakshmana, Sita Devi and Lord Hanuman Hanuman and many other sculptures, especially the Ramar Pattabhishekam (coronation of Lord Rama) will leave you awestricken! 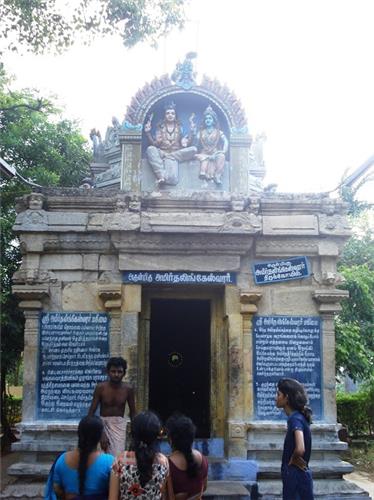 The Garbha gruha (sanctum sanctorum) of this temple houses Lord Shiva who offers his blessings in the form of Sri Sangameshwarar. Devotees can also get to see the somaskandam - Lord Subramaniyar (Murugan) flanked by Lord Shiva and Goddess to the right side of the garbha gruha. The praharam (circumambulatory path) around the sanctum sanctorum houses the Pancha Bhootha lingams. Likewise, the praharam also has a separate space dedicated to Sri Dhakshinamoorthy who is seen seated under a unique banyan tree which is extremely short when compared to his usual appearance. The intricately sculptured lotus at the crown and stone chains running around is amazing! The next not to be missed sannadhi is of Goddess Vedanayaki. The sannadhi has a mandapam right in front which is likely to make you say - heights of architectural marvel! 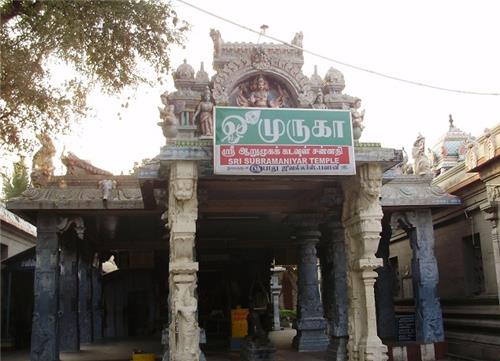 Yes, the mandapam houses two indistinguishable statues carved on the columns on either side looking the garbha gruha. When water is poured, one of the idols offer a smiling expression while the other idol sheds tears! The goddess sannadhi houses the Goddess Vedhanayaki who is also called by several other names which include Pannarmozhiammai, Sangameshwari, Vajreswari or simply Bhavani. The goddess here has been revered by the four Vedas themselves and that is why the name. The goddess has four arms, the upper arms carry lotus and the lower is seen in mudras. Some of the other important deities in this temple include Raja Ganapathi, Kasi Viswanathar and Visalakshi, Muthukumaraswamy, Jeshtadevi, 63 Nayanmars, Saint Veda Viyasa, Jwarahareswara, Saneeswarar, Dattatreya, Bairavar, Kubera Lingam, Navagraham and so on.