There are several popular weekend gateways for the people residing in Erode like Thingalur, Tirupur, Salem etc. The people also visit to places like Kodaikanal, Hogenakkal, Koli Hills etc among other places. 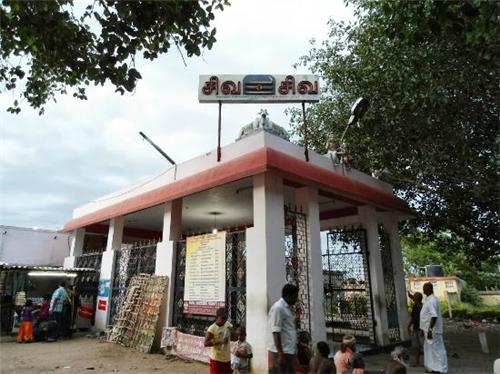 Thingalur is a small and charming town situated only 30 km away from Erode city. Thingalur is famous for the Kailasanathar Temple, dedicated to the Moon God. People come to visit the temple to ward off the ill effects of the moon in their astrological birth chart. Thingalur is an important religious point because as per Hindu mythology, it is one of the nine places of the Navagraha Sthalas. The delta regions of the River Kauvery can be seen in the area. This also adds up to the scenic beauty of the place. Apart from Erode, people from different parts of Tamil Nadu as well as India come to the place for visiting the temple. 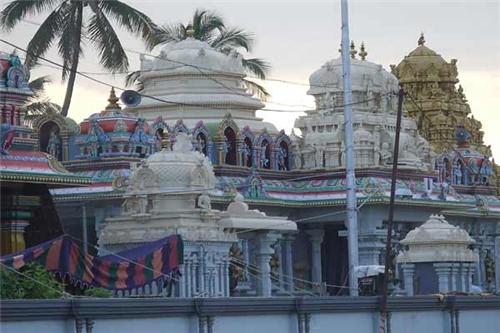 Tirupur is the most important textile center of Tamil Nadu and it is only one hours away from Erode (distance from Erode city is 58 km). It is one of the busiest trading spots of Tamil Nadu and textiles produced in Tirupur are sold in markets all over the country. Many leading cloth lines have their factories in Tirupur. Apart from this the city has its share of ancient temples, situated within the city limits. Tirupur is an unique combination of modern day industry and ancient art and architecture, dating back to the ages of Cholas and Pandyas. Arulmigu Avinashi Lingeswarar Thirukoil at Avinashi, Tirupur Tirupathi temple and Sukreeswarar Temple are some of the important temples situated in Tirupur. 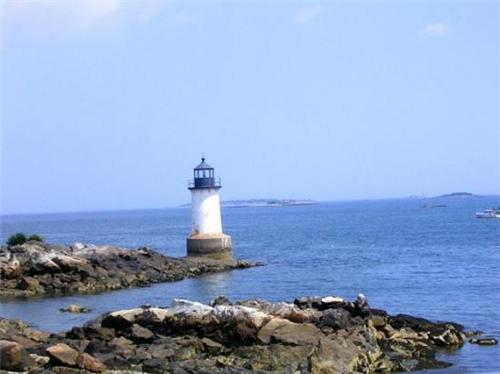 Salem is a very popular tourist and pilgrim destination of South India and it is 63 km away from Erode city. Salem is the home to a number of famous religious places like Kottai Mariamman Temple, Tharamangalam Temple, EllaiPedari Amman Temple, Salem Sugavaneshwarar Temple, Arulmigi Alagirinathar Temple,  and Jama Masjid. Other popular tourist spots like the Kiliyur Hills, Metur Dam, Tharamangalam and Yercaud Hills are located very close to Salem and the city is a base to go to these popular tourist destinations. Salem is one of the most historically important places of Tamil Nadu. Salem has been one of the most prominent battle spots between the British Allied Forces and the Kongu Army.

Salem is one of the most popular shopping destinations of Tamil Nadu. The silver anklets produced in Salem are popular allover India. Good quality fabrics are also produced in Salem. Cotton and silk products are famous in Salem apart from these things. 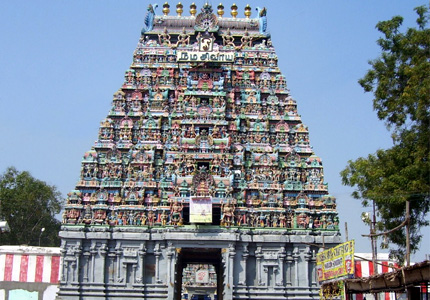 Karur is a town located on the banks of the Amaravati River, only 66 km away from Erode city. Several rivers like Amaravati, Kavery, Nalkasi, Noyyal etc flow through the Karur district and it is famous for its cottage industries. Many people come to Karur only for shopping purposes. 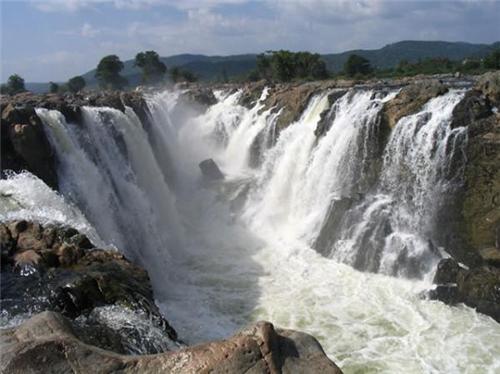 Hogenakkal is a small village on the banks of Kauvery River (Dharmapuri District) and the word “Hogenakkal” means smoking rocks in Kannada. There is a smoky appearance on the rocks and it is created by the forceful plummeting of water on the rocks. The tranquil village is far away from the hustle bustle of modern cities and work as a brilliant stress-buster for the tourists. The sound of the ever flowing Kauvery River, freshly caught fish, rejuvenating oil massages by expert masseurs all contribute to make Hogenakkal a very interesting tourist experience altogether. Throughout the year, the weather of Hogenakkal is pleasant and that makes it more attractive for tourists.

Adventure-lovers can go for swimming in the stream near the waterfalls, which is not at all easy, and should be only tried by expert swimmers. Long treks along the Melagiri Hills can be another exciting experience which offers breath-taking views to the trekkers. Probably, the main attraction of  Hogenakkal is the coracle boat ride on the River Kauveri, and this will be an experience for lifetime. Tasty foods, makeshift spa treatment from the local masseurs are other attractions of Hogenakkal. Local kids diving into the water from 30 feet high cliffs is a treat for both amateur and professional photographers. 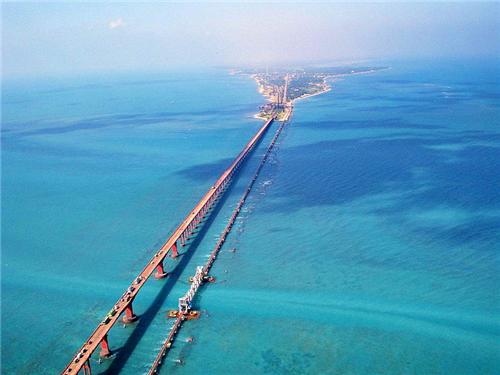 Rameswaram is located on Pamban Island separated from mainland India by the Pamban channel and is about 50 kilometres from Mannar Island, Sri Lanka. It is situated in the Gulf of Mannar. Rameswaram Islandis connected to mainland India by the Pamban Bridge.  It is the terminus of the railway line from Chennai and Madurai. Along with Varanasi, it is considered to be one of the holiest places in India to Hindus, and an important part of the Char Dham pilgrimage. According to Hindu mythology, this is the place from where Rama built a bridge, across the sea to Lanka to rescue his wife Sita.

Ramanathaswamy Temple is a famous Hindu temple dedicated to the god Shiva and one of the 12 Jyotirlinga shrines, where Shiva is worshipped in the form of a Jyotirlinga. The temple was built during the 12th century by Pandya Dynasty. It has the longest corridor among all Hindu temples in India. The Kings of the Sethupathy dynasty (17th century) had also contributed to the construction of the temple. Apart from the temple, There are sixty-four Tirthas in and around Rameswaram. Gandhamathan Parvatham is the highest point of the island. The footprint of Rama is found on a Chakra on the hillock. The Ramarpatham Temple is located on the hill. The southernmost tip of the island is known as Dhanushkodi and has the Kothandaramaswamy Temple in there.During the 1964 cyclone, the town of Dhanushkodi washed away, but the temple remained intact. As per mythology, Vibishana surrendered before Rama in Dhanushkodi.Rameswaram is 6 hours away from Erode (distance 372 km) and is well connected with bus and train services. As one of the most popular Hindu pilgrimages, Rameswaram has always been a favorite weekend destination from people all over Tamil Nadu and also India. 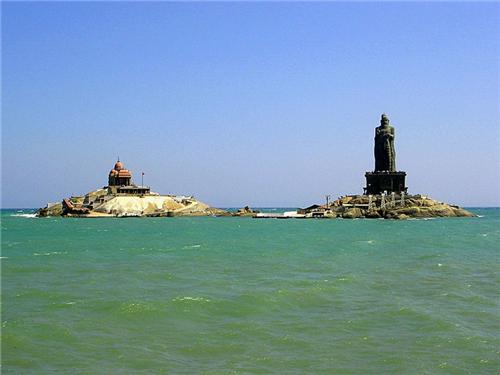 Kanyakumari was earlier known as Cape Comorin, is a favorite holiday destination for tourists all over india.Here is the southernmost tip of the Indian peninsula. It was one of the important towns of the ancient Tamilakam, of the Sangam period. Kanyakumari is 415 km away from Erode and on road it takes 6 hours. Kanyakumari is well connected with Erode and other parts of Tamil Nadu by road. More than 2 million tourists visit Kanyakumari each year.

Kanyakumari is especially popular in India for its spectacular and unique sunrise and sunset and as it is surrounded by waters, the scene becomes magical. The Kumari Amman or the Kanyakumari Temple is very popular in Kanyakumari. It is a Shakti Peetha dedicated to Parvati. The sparkling diamond nose-ring of the deity is said to be visible even from the sea. Vivekananda Rock Memorial is another important tourist attraction in Kanyakumari.  Swami Vivekananda is said to have meditated on this rock for three days. Also on this rock, there is a Dhyana mandapam, an area for meditation. Ferry services are available to reach the memorial. The The Gandhi Memorial and the 133 feet tall statue of Tamil saint–poet Thiruvalluvar are other important attractions of Kanyakumari.