There are a number of reserve forests and wildlife sanctuaries near Erode city, but among them, Bandipur and Mudumalai are the two most popular places and a huge number of tourists flock to these places.

Bandipur Forest Reserve is one of the most popular tiger reserve in India and it has a total tiger population of 70. The place is well connected by roads and there are special bus services from Erode that can take you to Bandipur. The tiger reserve is spread across two states, Tamil Nadu and Kerala and it is the biggest protected forest reserve in South India. It is also the part of the government protected Nilgiri Biosphere Reserve and the World famous Silent Valley is located here. The Kabini River flows along Bandipur and it is home to wild animals like tiger, elephants, bison, and leopards and different species of deer among others. Throughout the forest, there are many streams that feed Kabini and numerous watering holes spread across the landscape. There are many rare varieties of birds like peacocks, robins, partridges, jungle fowls etc in Bandipur, along with numerous reptiles, like King Cobras, vipers, rat snakes along with different varieties of lizards and chameleons. Bandipur is famous for sandalwood, rosewood, teak etc. Generally, tourists go on for safaris in early morning when many animals come out to drink water from watering holes. Jeeps and tourist buses available from the forest department offices.

Apart from the tiger reserve, other tourist attractions of Bandipur are the Kabini Dam and the Gopalaswamy Beta Temple. There are many forest lodges and hotels in Bandipur for lodging. 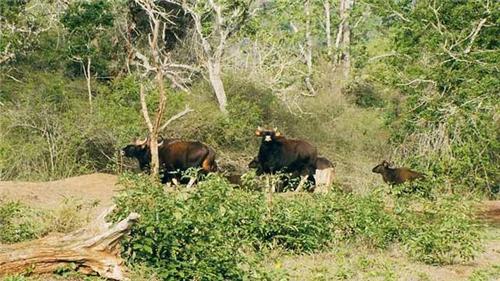 Mudumalai is nested in the thick forests of the Nilgiri Hills and the junction of three states, Kerala, Tamil Nadu and Karnataka. It is one of the richest wildlife sanctuaries of India and very popular among tourists, both nationally and internationally. The wildlife sanctuary was established in the year 1940, it houses many striking and rare varieties of flora and fauna. Excellent connectivity through roads makes Mudumalai an attractive tourist destination in the parts of India.

The wildlife sanctuary conducts jungle safaris organized by the Forest Department and these tours are unforgettable. The sheer diversity of flora and fauna is the forest will make the tourists spellbound. Tropical moist deciduous, southern tropical dry thorn and tropical dry deciduous forests are mainly seen in the sanctuary. There are two hundred plus species of birds seen in forest. Deer, panther, antelopes, monitor lizards etc are some of the species which co-exist in the forest peacefully. Also, Madumalai is one of the most important tiger reserves of India and more than seven hundred elephants are there in the sanctuary. Wild rice, Turmeric, Wild ginger, Cinnamon, Mango, Guava and Pepper grow in the forest among other species.

Mudumalai has other different attractions in the place, like Pykara Lake, the Kallatty Falls, the Theppakadu Elephant Camp, the Moyar River among others. There are some trekking options available in Mudumalai. So with all the different options, Mudumalai is a complete tourist destination in far South.